Port Consolidation and Physical Constraints of our Nation

As early as 1991, then Minister for Communications Dr Yeo Ning Hong had mentioned the possibility of redeveloping the land occupied by the city terminals upon the expiry of their leases: “If new expert systems and other advances in automation and computer technology permit us to increase the productivity of the port significantly in the early 21st century, one exciting possibility could be the option of returning the land occupied by the existing port at Tanjong Pagar for future development as an extension of the existing financial district of Robinson Road and Shenton Way. Another option could be the conversion of Pulau Brani into a resort island for Singaporeans and tourists alike to complement Sentosa and the other Southern Islands.

In 2008, Singapore was badly affected by the global financial crisis and fell into a recession, its worst since independence. Amid the challenges of the recession, Prime Minister Lee Hsien Loong formed the Economic Strategies Committee (ESC) in May 2009 to develop strategies for maximizing opportunities to achieve sustainable and inclusive growth. In its report submitted in January 2010, the committee suggested long term measures such as enhancing land productivity to secure future growth. Its recommendations included formulating a master plan for the progressive development of a new waterfront city at Tanjong Pagar, and studying the feasibility of a consolidated port at Tuas to free up existing portland to support new economic activities in the future. In 2015, the Prime Minister conceded that Tuas had previously been considered as a site for building a port.

Based on the ESC’s recommendations, the 2011 Concept Plan proposed the development of a new Greater Southern Waterfront that would include the areas currently occupied by port infrastructure. The planned relocation of the city terminals (Tanjong Pagar, Keppel, and Brani) and Pasir Panjang Terminal to Tuas is expected to free up 325 and 600 hectares of waterfront land, respectively. With such a vast land area, the Greater Southern Waterfront could be developed into a new waterfront city that offers a wide array of housing and lifestyle options while serving as an extension of the existing business district. 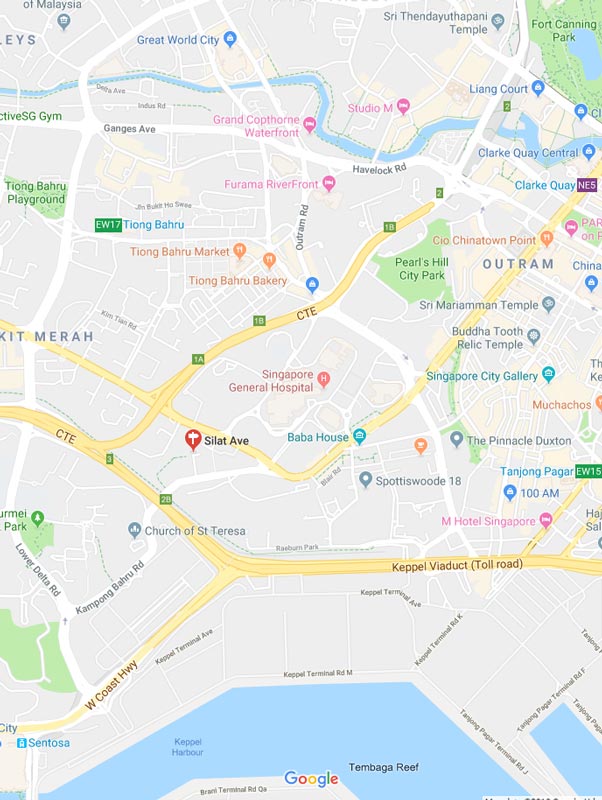 Singapore’s plans to relocate the Ports of – City Terminals and Pasir Panjang Terminal, which will eventually be moved to Tuas. This will free up 325 and 600 hectares of waterfront land respectively. The first set of berths at Tuas Port is expected to be operational by the year 2025. And by then, the downtown and southern port area will be obsolete and redeveloped. This area is known as the Greater Southern Waterfront, just minutes from the location of Avenue South Residence Site. 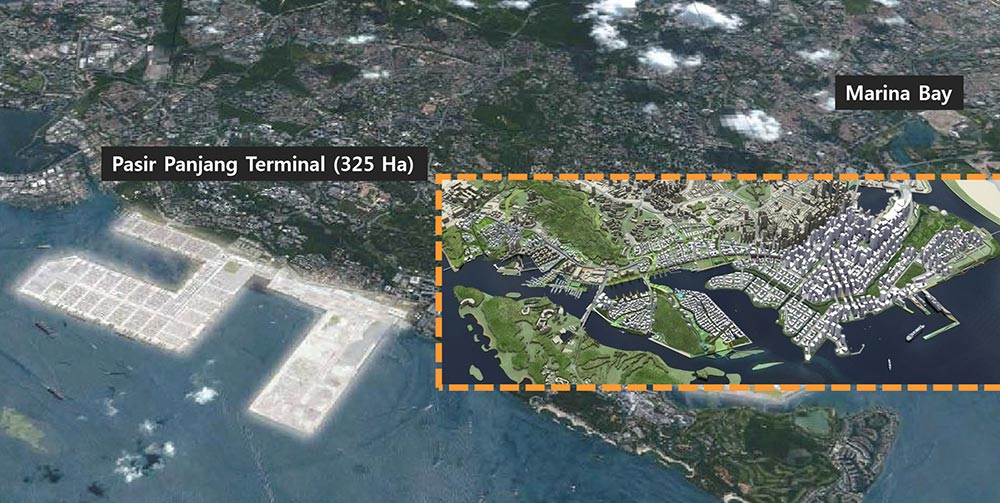 The total land size of one thousand hectares, which is an area about 3x the size of the entire Marina Bay, is now up for development in the Greater Southern Waterfront after 2030. The landscape that we can change, the excitement of how we can transform this area, is up to our limits, and our imagination. As now, we proudly stand at the beginning of a new page in our nation’s development, below are 6 broad ideas that will guide Singapore towards building the Greater Southern Waterfront, and how it will affect the residents and owners of Avenue South Residences.

The total land size of one thousand hectares, which is an area about 3x the size of the entire Marina Bay, is now up for development in the Greater Southern Waterfront after 2030. The landscape that we can change, the excitement of how we can transform this area, is up to our limits, and our imagination. As now, we proudly stand at the beginning of a new page in our nation’s development, below are 6 broad ideas that will guide Singapore towards building the Greater Southern Waterfront, and how it will affect the residents and owners of Avenue South Residences. 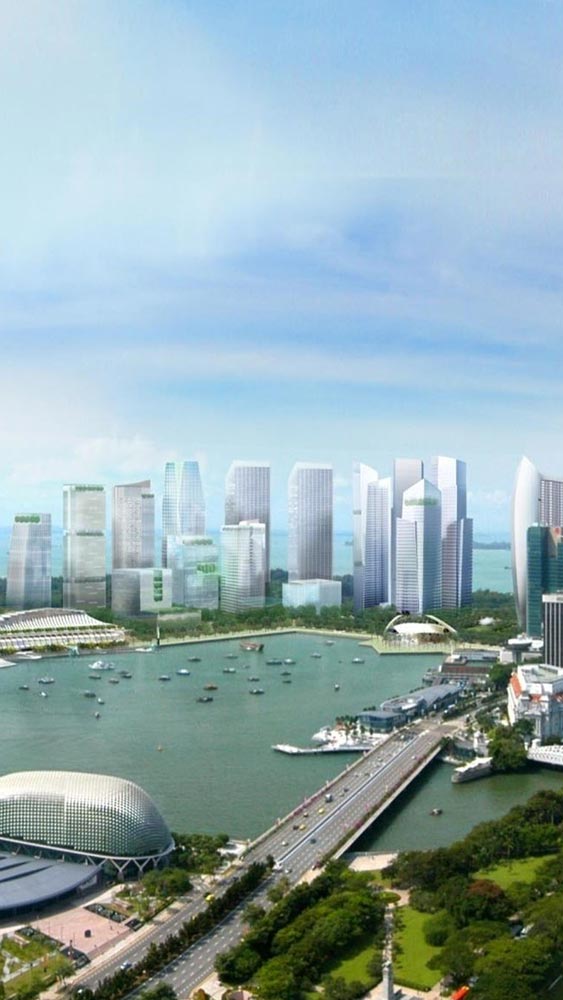 The size of the Greater Southern Waterfront gives us chances to make many separated waterfront locale, each with novel characters and encounters. Right now being worked on are the Bayfront and Marina Central regions, which are situated by the CBD. Marina South will likewise be propelled for improvement in a couple of years’ time.

Somewhere else, plans for the rest of the territories, including Labrador, Tanjong Pagar and Pulau Brani, will keep on being investigated and refined before they are actualized in the more extended term. 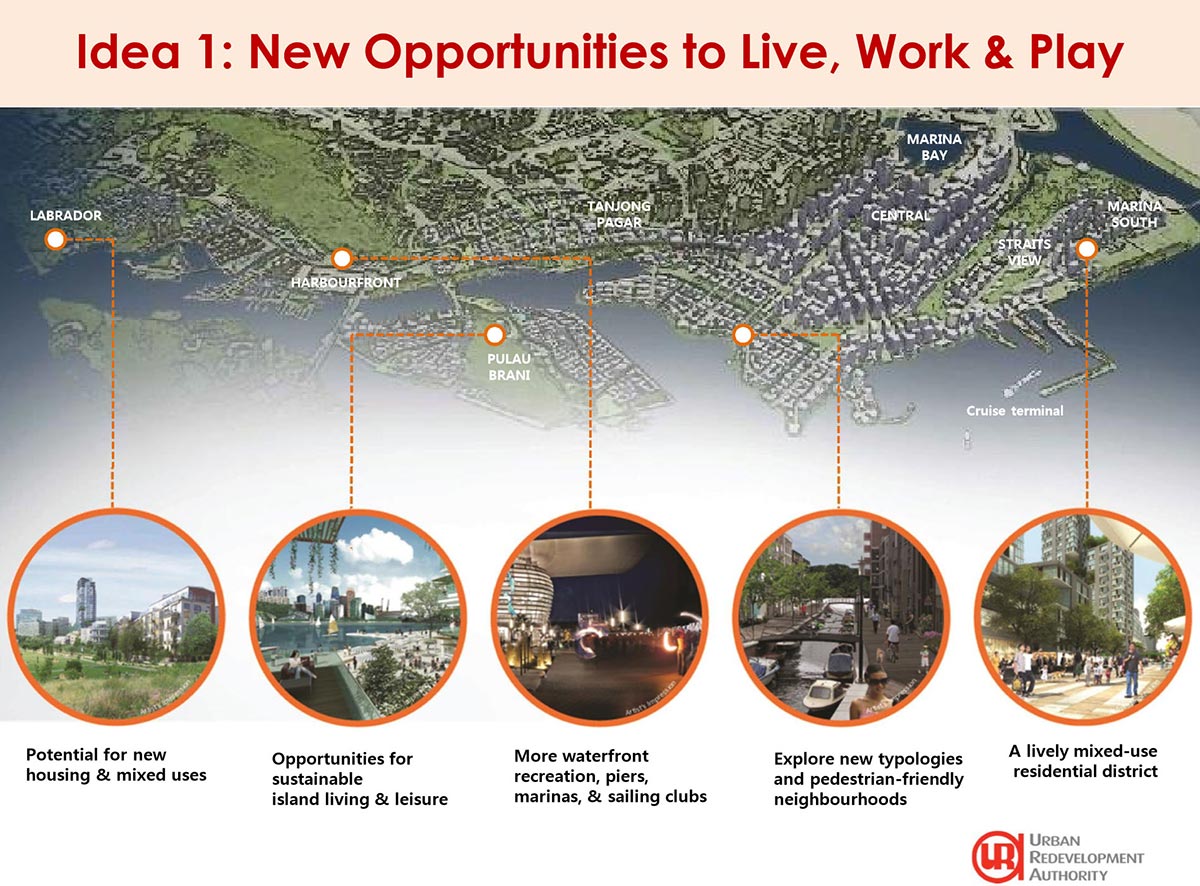 Idea 2: Extending the City towards the South

The Greater Southern Waterfront speaks to a chance to make another waterfront city that is incorporated with both our downtown and the encompassing lodging and organizations close to the city. The Greater Southern Waterfront could be developed for new lodging, business, social and diversion utilizes, solidifying Singapore’s developing notoriety as a world-class city for its kin to live, work and play. 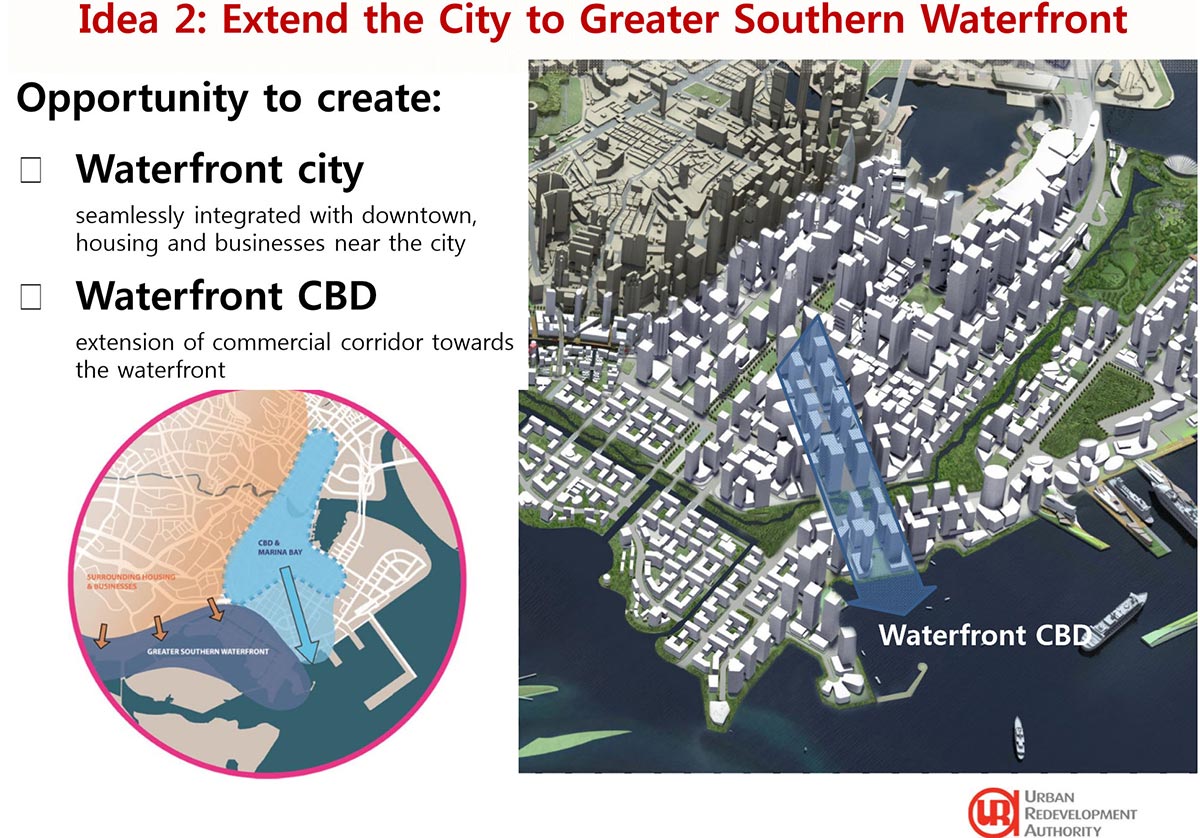 What’s an extraordinary city without incredible open spaces? The Central Linear Park in Marina Bay can be stretched out into Greater Southern Waterfront. Open doors for individuals to walk, run and take in new city locates along the all-encompassing the whole distance from the ebb and flow Marina Bay Promontory to the waters of Keppel Channel that sees Pulau Brani out there 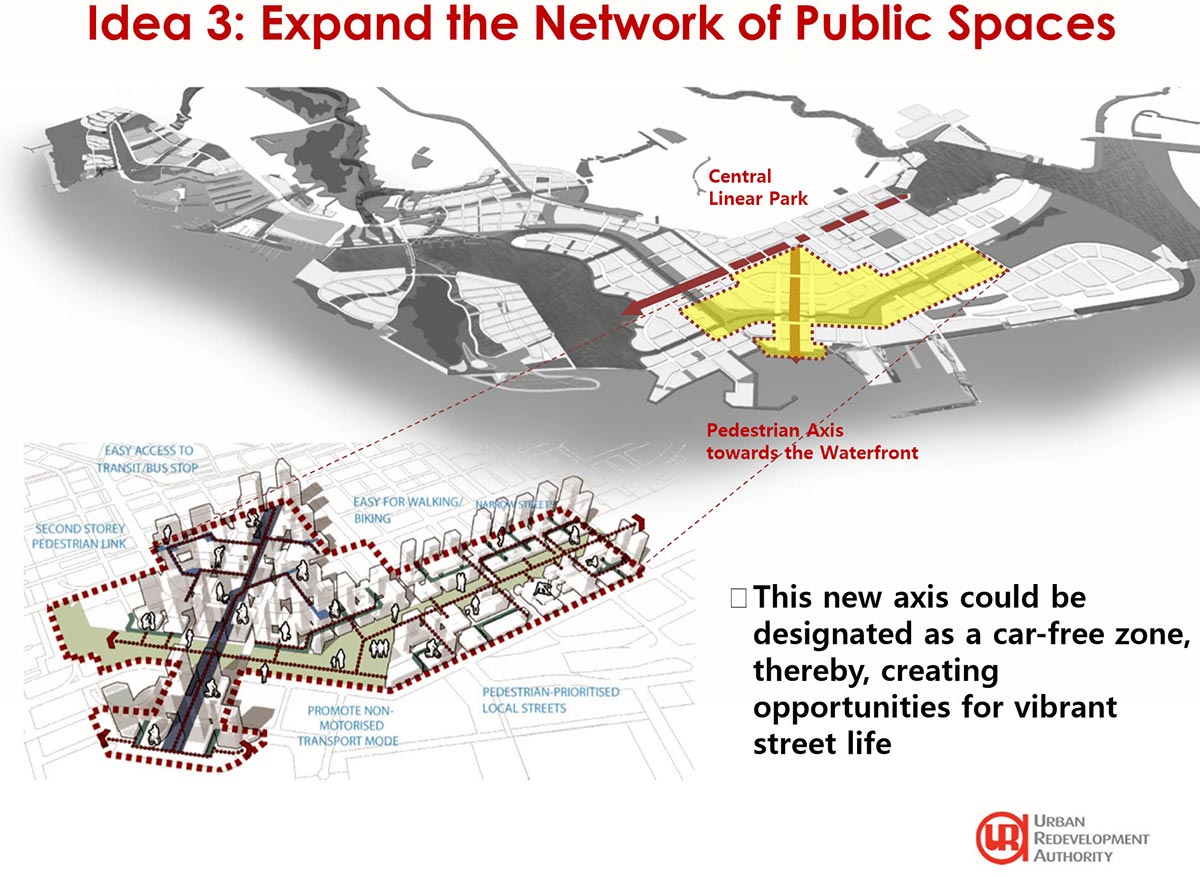 Our reservoirs do not just shape a key segment of Singapore’s arrangement to accomplish water independence, yet in addition, give beautiful settings to a scope of outside recreational exercises. Another reservoir could be made between Tanjong Pagar and Pulau Brani to hold water at the Greater Southern Waterfront and store overabundance water from the Marina Reservoir that is presently released into the ocean.

This conceivable future Southern Reservoir would expand our nearby water supply and will likewise take into account the making of an appealing system of trenches through neighborhoods with energetic streetscapes. Avenue South Residence will possibly have views of the reservoir if enacted as per the plans. 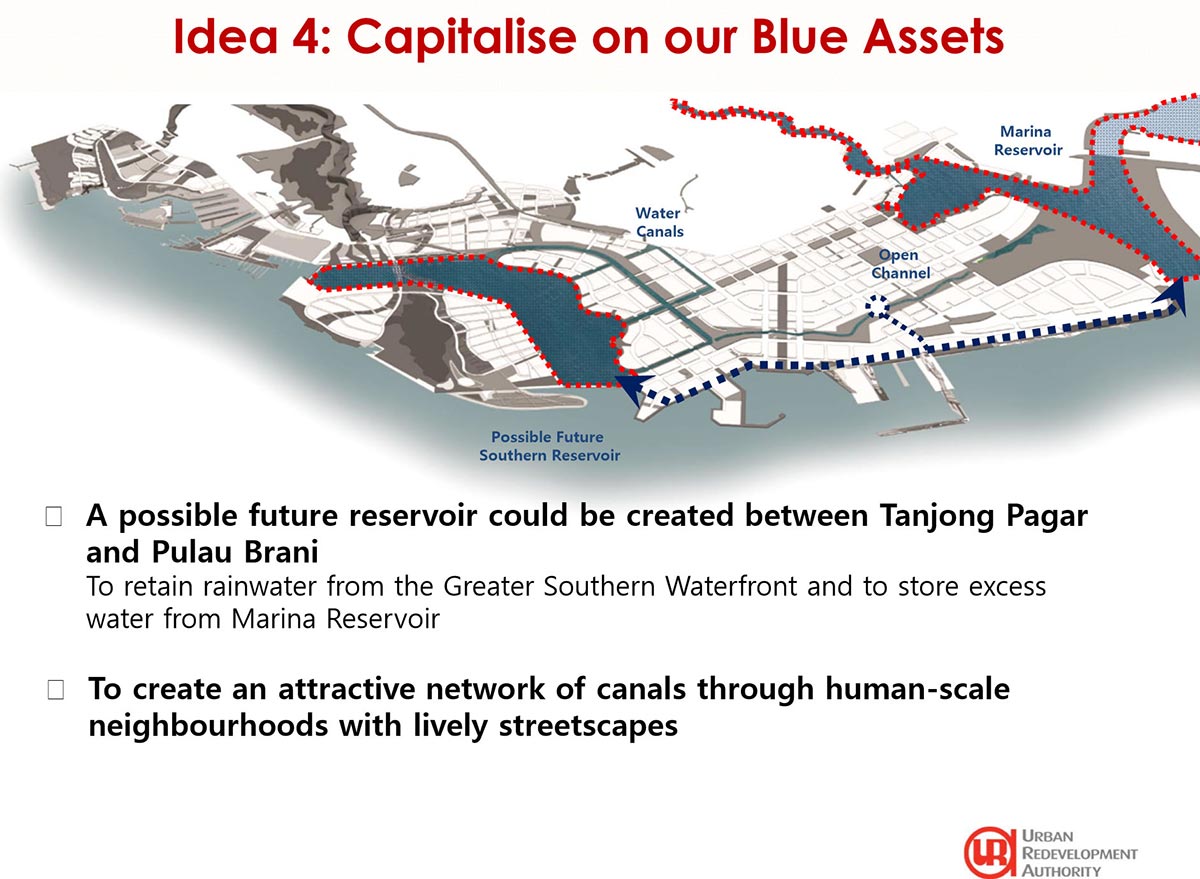 With such a large number of spots of enthusiasm dabbing Greater Southern Waterfront, a nonstop passageway to associate them all would open new potential outcomes for a restful outing. Would you be able to envision a ceaseless, continuous 30 km-long waterfront for strolling, running and cycling? One could make stops at Labrador, Harbourfront, and the International Cruise Terminal in transit Gardens by the Bay at Marina South for special and shifted waterfront encounters. 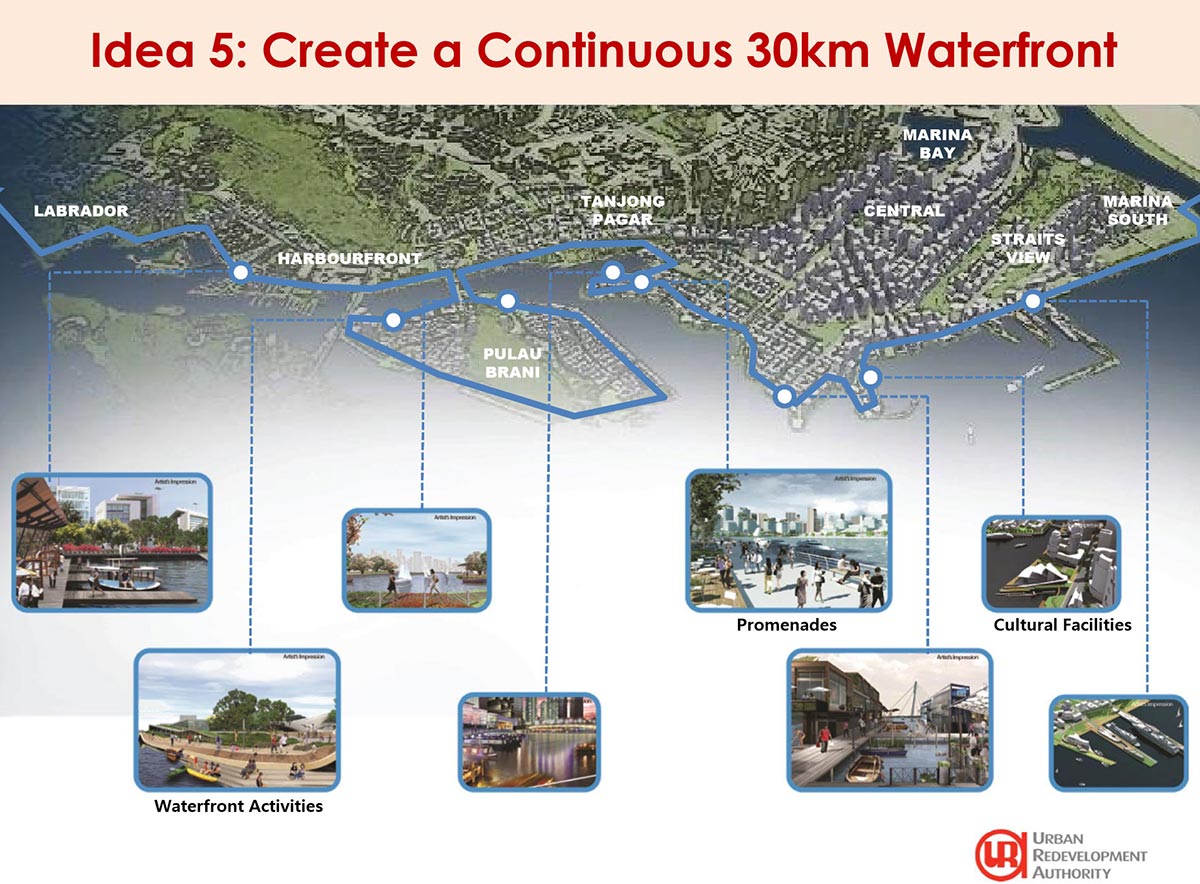 To advance biodiversity and expand the green system in the thickly developed city, existing green spaces, for example, Labrador Park, and Mount Faber could be connected to Pulau Brani’s current hillock through the greens. In the meantime, a proposed eco-passage could give a solid biological association that joins Gardens by the Bay to the island-wide green system, including the Rail Corridor and Southern Ridges. Welcoming open spaces for network association, exercises and occasions will be installed in this passageway. 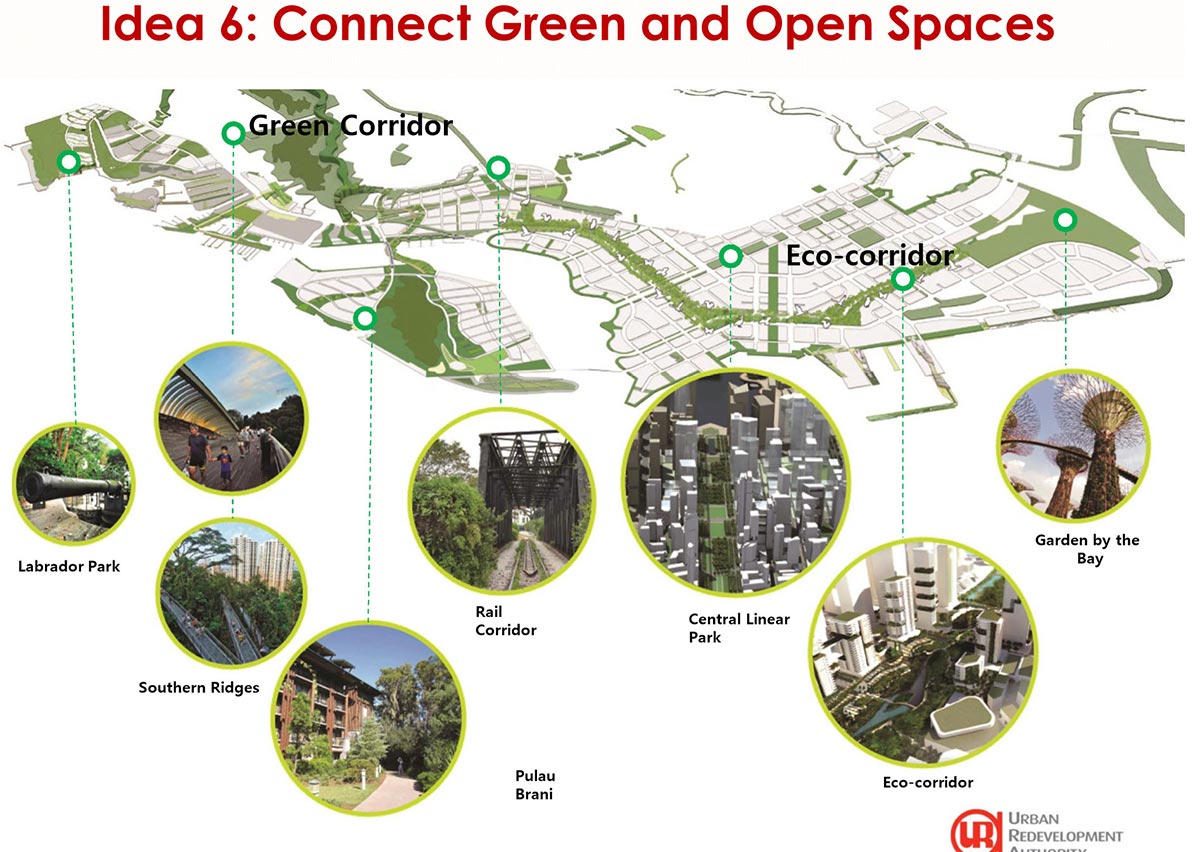